My family owns a small chalet in the southern coast. We spend most work-free weekends there; hang-out, BBQ, swim, fish, and drive off-road. It is a lovely part of the country and generally the weather is cooler than it is in the center of the city. On our way from or to the chalet we always notice a large group of kites. They are big, colorful, and very hard to miss. For years, I have always seen those kites from afar, never up close. One day, while driving my UTV with a camera at hand, I decided to head to the kites and have a look.

I wasn’t really sure what to expect at the time. I drove a bit offroad on a trail and reached a small fence (surrounding a pretty large area in the middle of the desert). There was a gate, which was open, and there were several vehicles parked outside. It was a camp; an established camp. I could see people inside. There were families and kids playing, some people on bicycles, and several individuals unfolding giant kites. I was curious, and with my camera at-hand I couldn’t resist. I simply walked inside.

I felt an immediate sense of being welcome. Everyone was smiling at me, people were voluntarily posing in front my camera, and no one asked me who I was or what was I doing there. It was becoming very apparent to me that these people are used to visitors.  So that came with a sense of relief. I continued to walk around the place, looking at the different tents and took pictures of people and the beautiful kites.

Several individuals came up to me and started a conversation. I could tell they were some of the regulars. More people showed up and one man in particular stood up among the rest. A slightly older gentleman with a natural charisma. He walked up to me and said “come with me, I know where you can take some cool shots.” He introduced himself to me as Abu-Faris, and later I found out he was the big boss around here.

Mr. Abdulrahman Al-Farsi, A.K.A Abu-Faris, is a kite enthusiast. He own a chalet nearby, and this camp is pretty much his baby.

It all started in 1995 when a small kite was dedicated to Mr. Faris Al Farsi from Mr. AbdulRazaq Al Khames, and that’s when Mr. Faris Al Farsi began on admiring this hobby. The love of this hobby started to grow in him and he began thinking of owning another kite, but bigger and with more complication which makes it more entertaining Through the festivals Mr. Faris Al Farsi met Mr. Peter Lynn (Kites’ Maestro) and bought some of his unique kites. After the progression of this love to the kites, Mr. Abdurahman AL-Farsi and with the cooperation of Peter Lynn thought of breaking the World Record with the creation of a giant kite which was created successfully and was launched in Britain’s sky, thus, it was a smile on the sky’s gap. We have been honored to lift our beloved country’s flag, Kuwait, however, we do not match the honor of those people who won their sacrifice defending this country, and based on this we dedicate this achievement to our martyrs whom sacrificed their souls to Kuwait.

According to the team’s website, the size of the record-breaker kite is 1050 square meters (42m x 25m x 7m). It was constructed by legendary kite designed Peter Lynn with the aid of 8 others. It took 750 hrs of work to complete, required 2500 square meters of cloth, 10km of wire, and weighs 180kg (without the ropes). 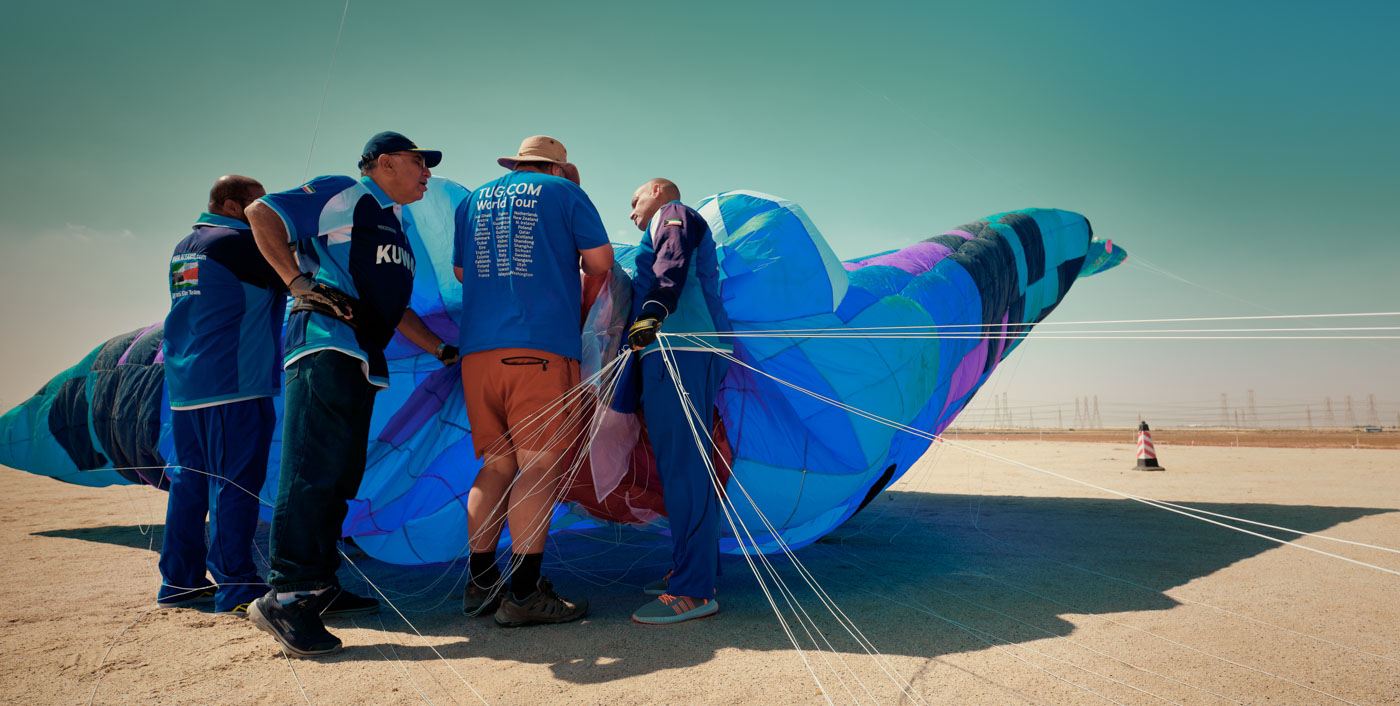 Mr. Abdulrahman Al-Farsi is the team’s leader. Howerver, the team is large; very large. The camp is populated by many individuals. At the time of my visit, there were no less than 30 or 40 individuals dressed in the team’s distinct blue uniform. Below are some of those individuals. 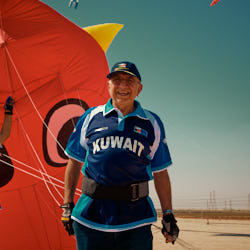 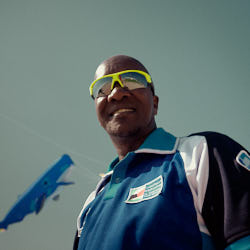 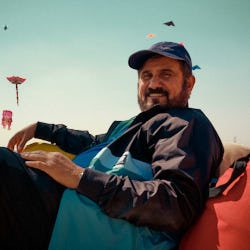 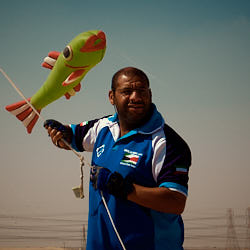 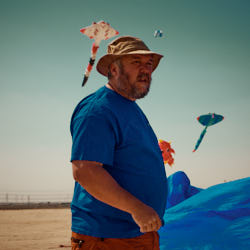 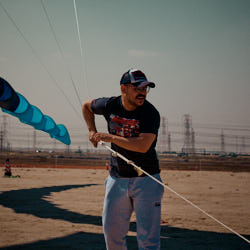 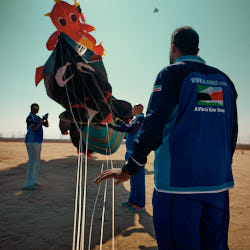 The atmosphere of the entire camp is just great. The people there are very welcoming and the place is large enough to accommodate hundreds of people. There are swing sets and other children entertainment. During national festivities, there are numerous other activities, as well as, food and coffee trucks. So the next national-day holiday, do yourself and your family a giant favor and take them for a day out at this lovely camp.

Drive south on highway 40 (for approximately 80km from the city center) until Bnaider road 258. Al Farsi Kite Team’s camp is off on the left side of the road. You may also check out their website by clicking on the logo below.

I honestly couldn’t be happier with how my day here went. In fact, I really regret not taking the time to check out this place many years ago.  It is a great place to take pictures for sure. But more so, it is a great place to hang out, meet lovely people, and escape the routine. I certainly, and without any hesitation what so ever, highly recommend you take the time to visit the camp of Al-Farsi Kite Team.